I have a thing for classic minis. I’m not sure that I understand it all myself. I mean, for the most part, mini quality has risen over time, and most “classic” miniatures need a little more attention to make them pop out.

When I received a commission to do Praetorian Guardsmen, I was very excited. Praetorians are from an era when Games Workshop was making tons of different Imperial Guard regiments, all with their own very unique uniforms, history and character.

I remember when these minis first came out (towards the end of the 2nd edition of Warhammer 40,000). They were based on the film Zulu!

So, here are the first of the Praetorians finished. 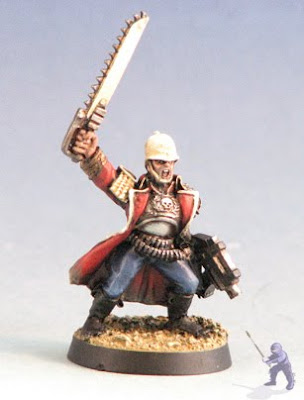 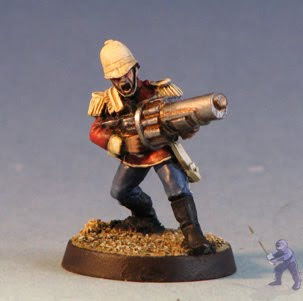 When you’re combining newer army books with an older set of minis, it makes sense that you have to change some things. Originally, each Praetorian in a weapons crew had his own base, but since the newer Imperial Guard codex dictates that they all be placed on the same base, they were. 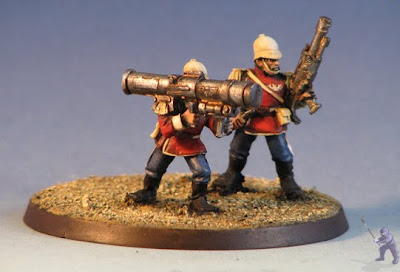 The following are all more recent minis. With projects like this, this cannot always be avoiced. So here are a few more recent Imperial Guard miniatures painted up to be Praetorians. 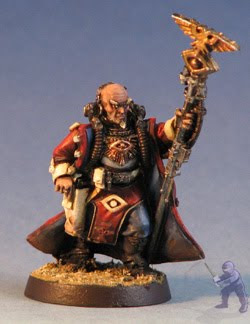 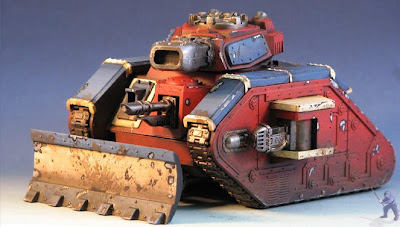 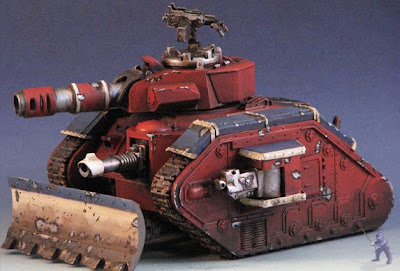