People who have been keeping up with Warmachine will know about their newest of extreme sculpts: the extreme Juggernaut.

I honestly could not resist. This massive jack comes in a rubble pile that makes the Deathjack look simple to put together, and he can be put into almost any pose imaginable (even the fingers are separate bits that fit into ball joins).

The extreme sculpts are known for their extreme size, and this is no exception. However, on Privateer Press’ website, they only did a size comparison against the already large non-extreme juggernaut mini.

After I pulled the bits out of the box, I noticed that the Axe on this juggernaut is larger than most of the minis that I have. 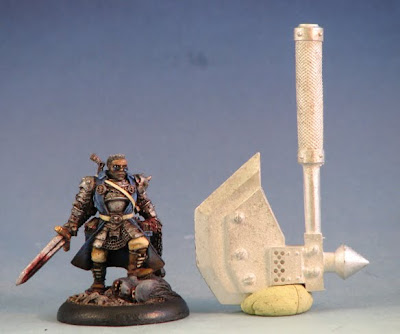 Here is the axe next to Professor Pendrake. He’s a normal size infantry model, and he is roughly as tall as the axe blade. 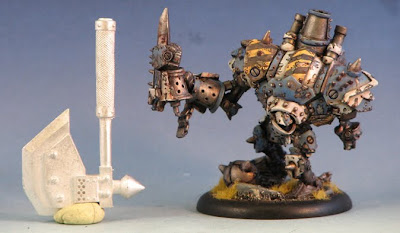 Now for height. I put the axe next to some cavalry minis that I own, and it is taller than the mini (so taller than a horse and rider). Here, I’ve put it up next to one of my larger warjacks, and the axe itself is just that massive. 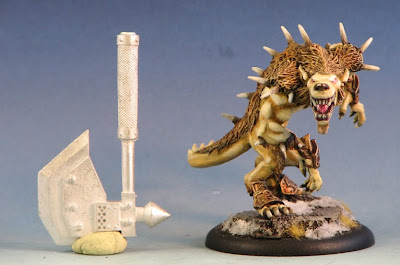 Now the Warpwolf isn’t small mini, and this one is standing on a rock. But still, I think he’d need Monkey Grip to use that axe- even two handed. 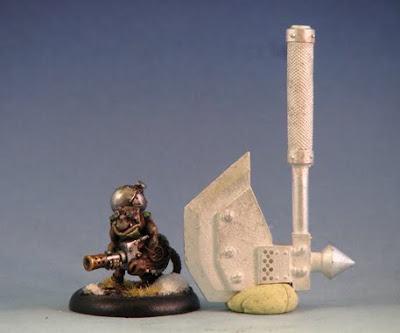 Here’s the opposite idea from what PP did. A gobber, one of the smaller minis they’ve produced stands dwarved by most things in the Iron Kingdoms. I’m glad that from a game mechanics perspective he doesn’t stand a chance of surviving a blow from that axe.

From looking over the bitz, it looks like the juggernaut is going to match the axe size and pretty much dwarf everything on the battlefield that is not extreme. I’ll make sure to do some more size comparisons when I get him all put together.