Here’s something I finished recently: the librarian from Space Hulk. I’ve painted a few sets of Space Hulk minis, and eventually got my own copy of the game.

By the way, the game is actually a little better than I remember it from way back when. The new edition is pretty much the original game plus Deathwing, and a few tidbits here and there. I’m actually on the lookout for Genestealer and the old Space Hulk Compendium- it has rules for putting most 40k factions onto a drifting space hulk.

I already found the old rules for dancing space marines. I mean, If that level of obscurity is still to be found, I’m sure that the rest is somewhere.

So here is the first of my Space Hulk set painted. It will take me a while to get around to all of the others- really, I just have a lot to paint these days. 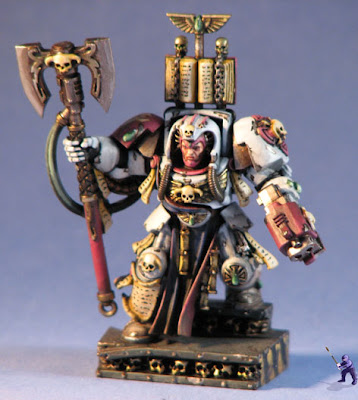 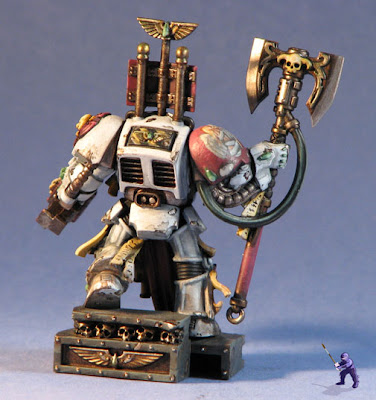 For those of you who are interested, I wasn’t kidding about the dancing space marines. They were featured in an old issue of Dragon Magazine- from back when it wasn’t run by Wizards of the Coast.

Honestly, I think both the concept and the artwork was Paranoia inspired.

Boy, those Ultramarines kick up a rug.