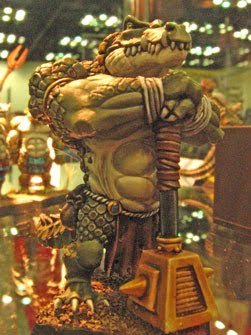 While at Gencon, I got to stop by Crocodile Games and speak with Chris Fitzpatrick (who is responsible for a lot down at Crocodile- most impressively he’s sculpted most of their great minis).

The interesting new is that there is an official skirmish rules set for Wargods coming out. Currently, players who wish to adopt Wargods into a skirmish setting are forced to use a homebrew version (although you can find some fan made rules online).

Overall, I think that’s going to be good news for players and for Wargods. I personally find the games miniatures and rules set to be quite good (the activation rules are especially original). But it is a little difficult for me to get into a rank and file formation game.

For those of you who aren’t familiar with Wargods, the rule set simulates event happening in real time, where you decide what each unit is doing before any activation begins.

It may sound like it wouldn’t work, or be very complicated, but the rules really are quite elegant in the end. With a few counters, the game becomes a nice balance of meta-thinking strategy- you need to guess what you’re opponent will do, and at the same time look for your own best options.

Aside from their booth, Crocodile was hosting their own awards for the Gencon painting competition, hosted the finals of their world campaign, and had set out a lot of their own brilliantly sculpted miniatures.

And I got a few pics of those: 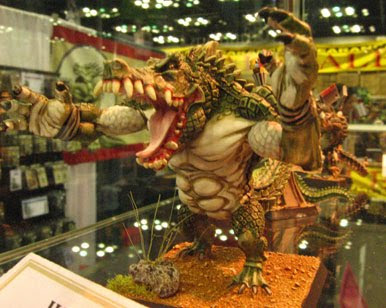 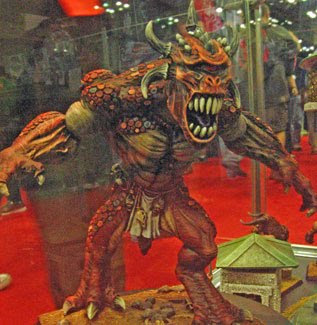