Well, a long while ago, I got the idea into my head that I would create a force of Movie Space Marines.  That’s a joke list GW made in White Dwarf #300 where ten marines and a rhino were a 1500 point army.  And they’re all tougher than Rambo.

So I decided would create a tactical squad that took as much time and effort to create as your average Warhammer 40,000 force did.

I got through them at quite a pace for a while, but soon other projects started getting in the way (most notably, my entries for the P3 Grandmasters).  So, just like a real force, they’ve been put off and delayed.

Well, after such a long time away, they’re back.  Somehow, I decided to paint them up before my new Malifaux crew or my Blood Bowl team.  I’ve finished one more, and I only have a couple of the original Movie Marines left to paint.

So, here is the latest: 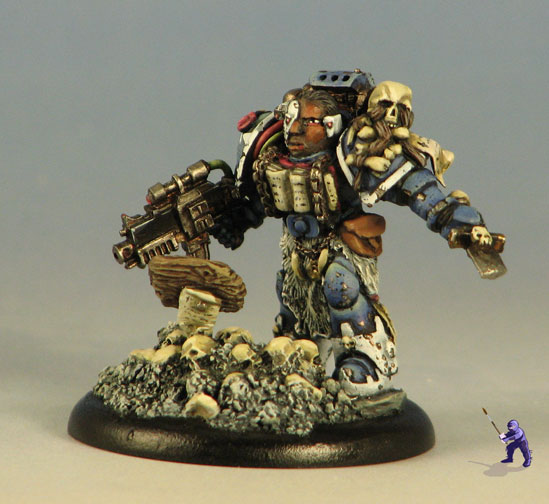