When Coolmini does prize supported competitions, usually you have to buy a specific miniature- usually something new by a smaller manufacturer.  I’ve never looked at one of their contests and said, “Oh, I already have one of those that I wanted to paint.”

Except for this time.  To generate buzz over their new Space Marine videogame, game developer THQ is sponsoring this competition.  The best Space Marine, Chaos Space Marine and Ork are going to be awarded special edition copies of the vidoegame.

Sure, that doesn’t compare to the prize support from thing like the P3 Grandmasters, Gencon Open or Crystal Brush- but you also don’t have to travel to a convention to enter.  And if you’ve been a painter for a while, the chances are that you already have a Space Marine or two you could be painting up.

Entering is free, and you can enter as many times as you like, so there’s really no reason not to.  I happened to be working on a few marines, so they’ll be entering into the contest.

So head on over to the competition page, vote on your favorites and enter your own. 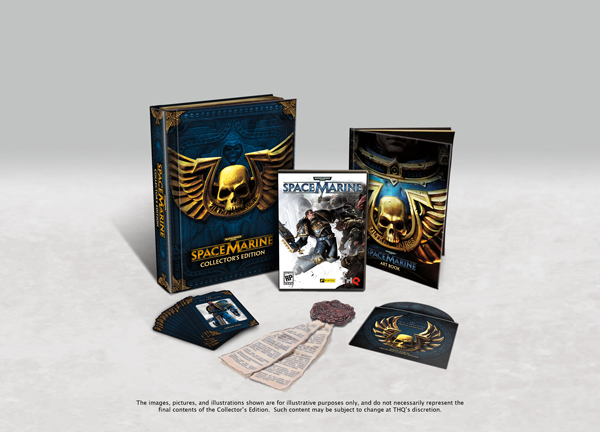